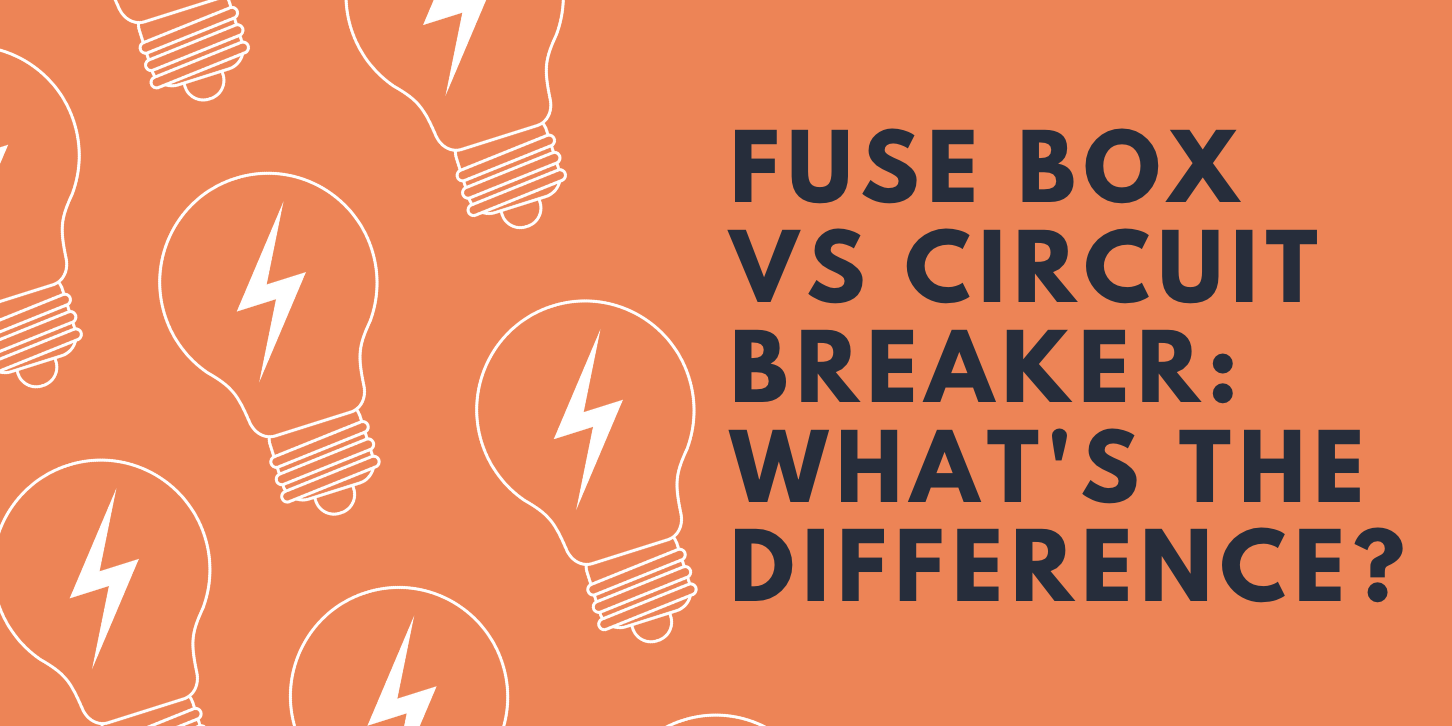 If you’re a homeowner, then you’ve probably had to deal with both a fuse box and a circuit breaker. But what’s the difference between a fuse box vs circuit breaker? And which one should you choose for your home?

What is a Fuse Box and how does it work? 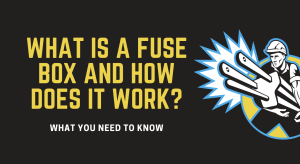 Fuse boxes are metal boxes that store fuses, which is an electrical safety measure that will shut-off power when the power is beyond that fuses ability to contain the power.

Fuse boxes are very simple, yet intelligently designs devices that work by powering the electrical current through a piece of metal strip.

When the power of the electrical current goes beyond the limitations of the metal strip, the strip will melt and cease to provide electrical power.

This is what is known as a “blown fuse”.

A fuse box is a device that can also help to protect your home from electrical fires.

If there is an overload of electricity, the fuse will “blow,” or break the circuit and stop the flow of electricity. This prevents any further damage from happening.

Fuse boxes are typically located in your home’s basement, garage, or utility room.

If you have an older home, you may have a fuse box instead of a circuit breaker. Fuse boxes are not as common as they once were, but they can still be found in some homes.

If you’re not sure whether or not your home has a fuse box, look for a metal box with a handle on the front. Inside, you should see a row of fuses.

If your home does have a fuse box, it’s important to know how to use it properly. Always make sure to replace blown fuses with new ones that match the amperage rating on the fuse box.

Never try to repair a blown fuse yourself, as this could be dangerous.

If you have any questions about your home’s fuse box, or if you need to replace a blown fuse, contact a qualified electrician. They’ll be able to help you out and make sure that your home is safe from electrical fires.

What is a Circuit Breaker and how does it work? 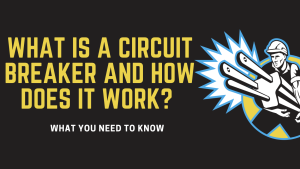 A circuit breaker is an electrical switch that automatically interrupts the flow of electricity in a circuit when it detects an overload or short circuit.

This prevents damage to the electrical system and helps prevent fires.

Circuit breakers are designed to “trip” or open when they sense too much current flowing through the circuit.

They contain a bi-metal strip that heats up and bends when too much current flows through it.

This expansion causes the circuit breaker to trip, which opens the switch and breaks the circuit.

When a circuit breaker trips, it interrupts the flow of electricity in the circuit.

This prevents damage to electrical equipment and wiring and helps to prevent fires.

Circuit breakers must be reset after they trip before electricity can flow through the circuit again.

Most homes have circuit breakers that are located in a main electrical panel. This panel is usually located in a utility room, basement, or garage.

Each circuit in your home is protected by a separate circuit breaker.

When one of these circuits trips, only the breaker for that particular circuit is affected.

The rest of the circuits in your home will continue to work normally.

If you have a problem with an electrical circuit in your home, first check to see if the circuit breaker has tripped.

If it has, simply flip the switch back to the “on” position. This should restore power to the affected circuit. If the breaker trips again, there may be a problem with the wiring in the circuit, and you should call an electrician for help.

Benefits of having a Fuse Box

There are several benefits to having a fuse box in your home.

Here are the top three benefits of having a fuse box:

If you are considering installing a fuse box, be sure to talk to a qualified electrician to ensure that it is installed correctly.

Benefits of having a Circuit Breaker

There are many benefits to having a circuit breaker in your home.

Here are the top four benefits of having a circuit breaker:

Fuse Box vs Circuit Breaker: Which is Best for My Home?

Most professional electricians will recommend upgrading to a circuit breaker if you have a fuse box.

Circuit breakers can handle more load on your homes electrical system safely.  As we all know, in these modern days, our homes rely heavily on electricity.

If your home was built before 1960 and it your electrical panel was never updated, you likely have a fuse box.

If your home was built after 1960, you likely have a circuit breaker.

How do I know if my Circuit Breaker Tripped?

The easiest way to tell if your circuit breaker has tripped is to look at the switch.

Most circuit breakers have a switch that is in the “off” position when the breaker has tripped.

If the switch is in the “on” position, then the breaker has not tripped.

What is an Overloaded Electrical Circuit?

An overloaded electrical circuit is a dangerous condition that can lead to fires and other serious hazards.

It occurs when too much electricity is flowing through the wires of an electrical system.

This can happen if there are too many appliances or lights plugged into the system, or if the wiring is not properly rated for the amount of electricity being used.

Overloaded circuits are one of the leading causes of house fires, so it’s important to be aware of the signs and symptoms and take steps to prevent them.

Some common signs that an electrical circuit is overloaded include flickering lights, buzzing sounds from outlets or appliances, and warm spots on walls or ceilings.

If you notice any of these warning signs, unplug some appliances or lights and call an electrician to have the system checked.

Taking these precautions can help prevent a dangerous and potentially deadly situation.

We hope this answers all of your questions regarding a fuse box vs circuit breaker.

For more great blogs like this, be sure to bookmark AC Electric.

Blue Spark When Plugging In
November 4, 2022

How to Get Rid of Static Electricity on Outdoor Furniture
September 29, 2022

Ways to Power Outdoor Lights With No Electricity
September 29, 2022